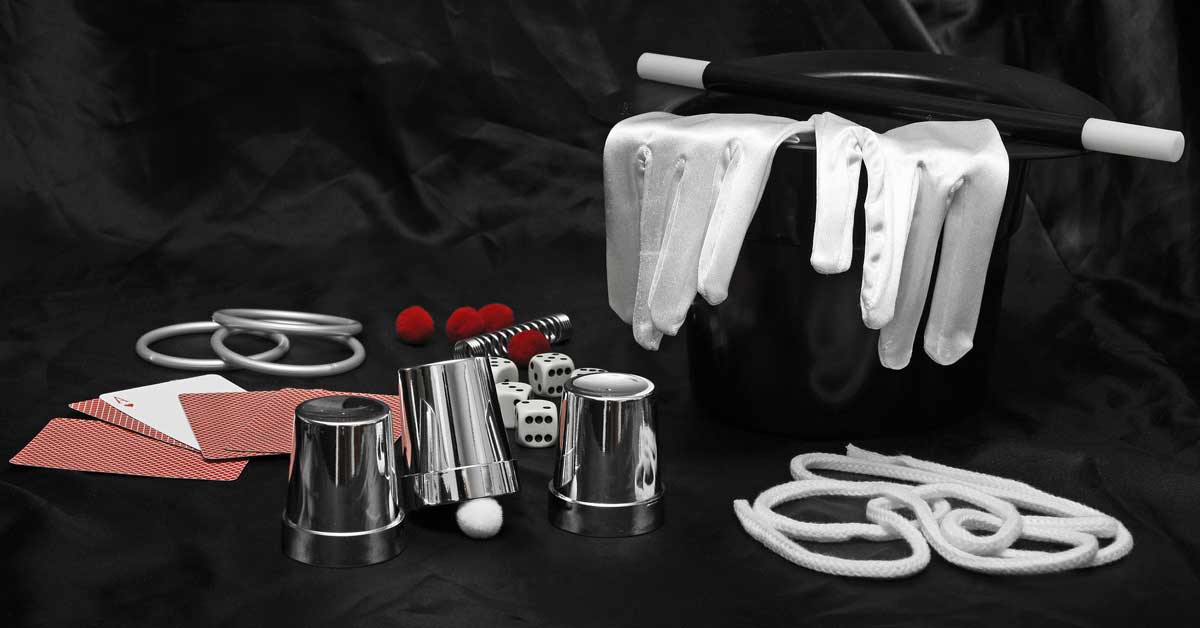 How It All Began

People often ask me how I got into magic.   Lots of magicians become interested as children, maybe after receiving a magic set as a birthday present.  Though I’ve always had a keen interest in  magic, I didn’t actually start learning until I was 34.  So if there are any young (or even not-so-young)  wannabe Dynamos out there– it’s never too late!

I began by learning a few card tricks, then realised I wanted to take it further.  My next step was to join the Harrogate Society of Magicians.  That was when things really took off.  I met some very talented people, including full-time local magician,  Bob McBratney, a member of the world-famous Magic Circle,  who also performs as children’s entertainer Bob’s Your Uncle.

As an experienced professional, Bob’s been so helpful to me, as has another Society member, James Ward, a writer, performer and award-winning member of The Magic Circle, who took me under his wing and has mentored me from early on.

Over the years, James and I have worked on some amazing routines. James encouraged me to become a member of the International Brotherhood of Magicians – the largest organisation for magicians in the world – and is also helping me to fulfil my dream of one day becoming a member of The Magic Circle itself.

With James and Bob’s help and encouragement, I’ve since performed at weddings, company and other events all over Yorkshire.  Something I would never have believed possible when I picked up – and then dropped – my first pack of cards!

That’s all for now but, next time, I’ll tell you all about one of the scariest – and most exciting – jobs of my magic life so far.